What Are You Really Selling? It’s Not What You Think

And some of you might really know what you’re selling … but I bet most of you really don’t know and I can say that because I can look at your website and it will instantly tell me that you haven’t got a clue.

I was reminded of that yesterday when a new client called us to complain that he had a serious problem with his website. He was selling swimming pools … big concrete inground swimming pools … and he had recently bought the business and we had inherited each other because the website we had built for the previous owner went with the sale.

Now that previous owner was one of those people who really did understand what he was selling and the website had reflected that and had been quite successful over a number of years.

It had been successful because everyone who had been involved in building that website knew that the owner of the business wasn’t selling swimming pools … he was selling dreams.

He was selling dreams of envious neighbours who would admire the pool and its surrounds and the way the lighting made everything look beautiful at night.

Because our old client knew what he was selling the website was full of images of the beautiful pools that he had built. There were photos of the pools at night with lighting that added a level of magic to the scene.

There were photos of the pools in landscaped surroundings and in some homes where the pool and the surrounds had become an extension of the house.

The text was all focused on the benefits of owning an inground concrete pool and it was written in a way that would build on those dreams. 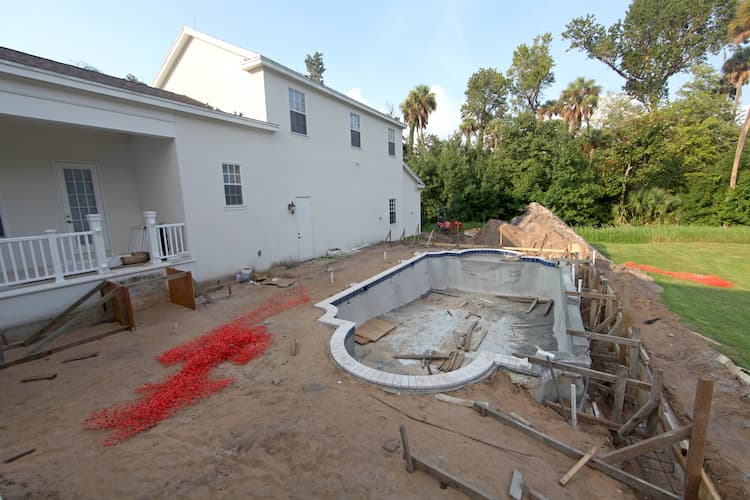 When the new owner of the business took over he asked for access to the website because he wanted to add extra images and text and he assured us that he knew what he was doing and he would look after the website from then on.

And then came the plea for help … he had been ‘updating’ the website and it had crashed and no one could access it … not even us. After some work from the server end we managed to get the site back online and then we saw what he had been doing.

In addition to the beautiful images that we had on the front page of the website the client had added a huge image … and a gallery of several more images … that destroyed the dream and turned it into a nightmare.

The new images showed construction work … huge holes dug in backyards … mud, dust, mess, disruption, machinery, workmen, noise and all the things that no one wants to think about when they’re dreaming of a new pool.

Of course, all those unpleasant things are going to be there during the construction of a pool but do people really want to be reminded of them when they’re thinking about installing the pool of their dreams?

It doesn’t really matter if you’re selling a service, a single product or you’re running an online shop … you still should ask yourself: what are the dreams that you are selling?

What does the text and images on your website sell? A dream or a nightmare?

It’s not just my idea

Just in case you think that I’m talking through my hat … or if you want to know more about selling dreams … have a look on Amazon for a book with the title of ‘The Boron Letters’ by Gary and Bond Halbert. It’s available in Kindle and paperback versions.

Gary Halbert was arguably one of the top copywriters of all time and the book is a series of letters that he wrote to his son to explain the secrets of effective marketing.

Gary Halbert worked in an era when the Internet wasn’t around and yet his techniques are just as usable today as they were when he developed them.

It seems that the website fell over because the client tried up upload a bunch of images with file sizes that were larger than anything I’ve ever seen anyone try to upload before.

About the Author: Stuart