Why We Are Ditching Kaspersky 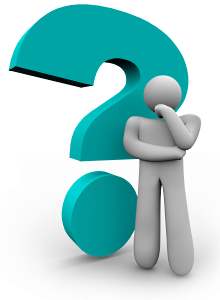 For years Toni and I have strongly recommended Kaspersky anti-virus software to our clients, our friends and anyone else that asked for our opinion.

We believed in the product so much that we had it installed on every computer in Toni’s office downtown and every computer in our house … and we weren’t disappointed. While people who used other anti-virus software kept on picking up viruses and other nasties our computers stayed clean for years.

Kaspersky was that good. It really was head and shoulders above its competitors and it just kept on getting better. Sure, you had to pay for it … there was no free version … but it was definitely worth the money and you got what you paid for.

But then, about a month ago, the White House announced that all US Government departments had been ordered to drop Kaspersky. No reason was given and it just looked like another dose of sour grapes from a US President who has elevated being petty to an art form.

We weren’t worried by that and we weren’t worried when a major US department store chain took all the Kaspersky products that it sold off the shelves. That was obviously someone sucking up to Trump … but it wasn’t.

The word in some computer and data security circles was that someone from that department store chain had been given a background briefing and they had made the decision to ditch the product because it was becoming too hot to handle.

Was there really a problem with Kaspersky?

We were starting to become a little apprehensive. What was there in the software that was making people turn away from one of the best anti-virus programmes available today?

Kaspersky himself … yes, the company is named after the guy who started it … was denying everything and he even went so far as to offer a bounty to anyone who could show him where the problems lay with his software.

His denials and the fact that, in comparison to Kaspersky, most other anti-virus programmes are rubbish kept us hooked but that all changed on October 10 when the New York Times published an article that has probably destroyed Kaspersky.

What changed our minds

You will find the article here:

It is well worth reading and if you are still using Kaspersky you will probably want to turn it off by the time you have finished reading the article.

It seems that a group simply described as “Russian hackers” had got into the software and added a little something extra to the code.

That “little something extra” was some code that gave the hackers access to every computer that had Kaspersky installed and basically turned those computers into part of a botnet controlled by the hackers.

Once the hackers had access to a computer they could milk it for every piece of information it contained and they could use the computer as part of their botnet to launch attacks on individuals, businesses and governments.

As you might expect, Kaspersky is still denying everything and saying that if there was some malicious code in their software then it must have been put there by outsiders.

However, security experts don’t see this as being an entirely outside job. By its very nature, something like this had to be an inside job. Someone at a high level within the company must have known what was happening.

Needless to say, we have been spending some time this weekend removing Kaspersky from all our computers and replacing it with the best option we can find … Bitdefender. You can find it at: www.bitdefender.com.au

We can’t guarantee that Bitdefender is as good as Kaspersky but it does come highly recommended by people in the industry.

About the Author: Stuart